Dutch Monochromes rebuilds disposed household materials, such as dishes, pots, and pans, as well as old-fashioned items such as lamps, tables, and other home accessories. The creative process is guided by both the functional and visual character of each piece. The design philosophy is loosely inspired by the visual language of Studio Job, and combines a feeling-at-home mentality with what is known as Dutch Design: experimental, innovative, and unconventional design with a sense of humor.

Monochrome light is light of a single wavelength; something that is monochromatic has a single color. If all color has been removed, only form remains. Composition, structure, and rhythm are more than enough for an interesting image. Put in a little light, and it all comes to life.

For example, Model 019, the “Counselors cup,” visualizes objects from Kamper history. We see the skates of Avercamp, the cow, the royal portraits, and, inside the cup, the connection with God. When it’s dark, you see a light beam at the ceiling, making a connection with heaven. On top is a kind of observatory from which heaven is studied, another Kamper tradition.

So, the decorations that once stood at the heart of the rebuild have gradually shifted in emphasis. The decorative details invites the viewer to explore their deeper meaning. By playing with scale and context, the space between two skates for instance makes you wonder whether it is a barn door or a city gate. The lid of a cup is also an immense observatory.

All pieces are handmade and unique. The components are separately sprayed, screwed, and can be disassembled if needed for repair. Dutch quality! 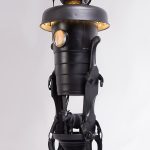 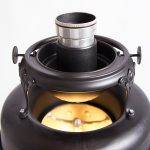 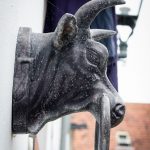 Detail of The Cow Corridor. During the walking tour the story of the Kamper city farmers will be told and shown. 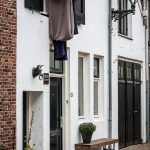 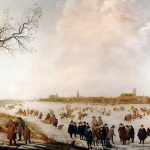 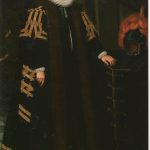 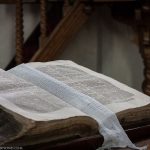 Religious life and light in Kampen 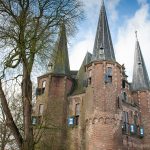