Let me start by introducing myself: I am Reinier de Wit, born and bred in western Brabant, a province in the south of the Netherlands. After having studied and worked in Utrecht for ten years, my wife and I decided to move to Kampen, where our daughter was born.

Six months ago I founded the company Kampen and Beyond with the objective to bring the beauty of the city of Kampen and its surrounding area to the attention of tourists.

I would love to take you on a trip around the world in Kampen!

Kampen is beautifully situated on the river IJssel, in the IJssel Delta and surrounded by age-old polders such as the Kampereiland. This is where Daan Gunnink is in his element. Despite the fact that Daan has reached the respectable age of eighty, he can still hold his own when he steps into a rowing boat from the Kamper rowing and sailing club on the Ganzediep, a branch of the IJssel. It is a joy to row with him and to listen to his stories about the people and the history of Kampen. He himself is proof of this. Recently he took us on a wonderful boating trip over the Ganzediep, the Zwarte Water, the IJssel Delta, the river IJssel, and back again to the club house.

Whilst rowing past barges, conquering the waves and with a view of the magnificent waterfront of Kampen, I felt happy as a lark.

Of course there are many other ways to discover Kampen and its surroundings by water: we at Kampen and Beyond, of instance, offer a bike and boat package along the IJssel.

2. Stan Petrusa and the Municipal Museum

Stan Petrusa is the passionate museum director of the Municipal Museum, a museum which houses an exceptional collection and a number of treasures of national and international importance. For instance, the 17th century painting by Hendrick Avercamp, renowned for this winter landscapes with merry ice skaters and the elaborately decorated guild cup from the Rijnschippers Guild dating back to 1367, the oldest known silver guild piece in the Netherlands. And if that wasn’t enough, the museum boasts a unique Orange portrait gallery comprising 17 life-size portraits of the Dutch royal family, including the most recent addition: a portrait of king Willem-Alexander. My personal favourite is the Renaissance mantelpiece in the Magistrate’s Court, a paragon of harmony and ornately decorated with symbolic depictions in honour of Roman emperor Charles V. His personal motto was ‘Plus Oultre’, which translates as ‘And Beyond’.

Kampen is known for its many churches. And for good reason! Kampen has a tightly knit community and from a cultural-historical perspective it is home to a number of extraordinary churches. The Bovenkerk literally towers above all the other churches and it has dominated the city skyline for many centuries. The church was built in 1369 by Rutger van Keulen, whose father was the master builder of the famous Cologne Cathedral. In my humble opinion, the church also towers above the other churches in a figurative sense, mainly because of the Hinsz organ, of which Ab Weegenaar is proud to be the organist. With its 3200 pipes and incredible sound, it is a major eye-catcher. Its tones do not simply descend downwards, but they rise up into the 27-metre-high vaults! This also explains why this church attracts people from all four corner of the world.

4. ‘Auntie’ Bets Bottenberg and the market

She retired some time ago, but she appears to be indispensable to the Bottenberg family’s fish stall. Every Monday morning, the road along the city’s canal the Burgel is transformed into a street market, where you can enjoy a salted herring (a traditional Dutch delicacy), snack on fresh old cheese or traditional Dutch ‘stroopwafels’, or buy a posy of flowers, all under the musical accompaniment from the carillon in the Nieuwe Toren, played by carillonneur Frans Haagen. On Saturdays, the street market is held on De Plantage, a square with many lively terraces.

5. Hanjo IJkhout and the City Park

Designed in English landscape style by father and son Zocher, the City Park is the green heart of the historic town centre. These same landscape architects were responsible for the lay-out of many parks in the Netherlands, including the Vondelpark in Amsterdam. Part of the City Park is the petting zoo and a large natural playground passionately managed by Hanjo IJkhout. Hanjo invests in sustainability and responsible entrepreneurship. In this area, he is an inspirer and a connector. Thanks to his efforts the natural play ground has recently been realised; a place where children can romp around in true old-school style. They can climb trees, tumble over and roll around in the mud. This year the Full Colour Festival took place in the City Park at the petting zoo and in the natural playground. This festival celebrates both the diversity and the unity of Kampen and beyond, with music theatre and artisan trades with a renewed and fresh zeal! 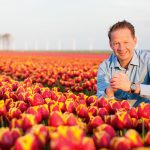 Reinier de Wit in a Tulipfield nearby Kampen 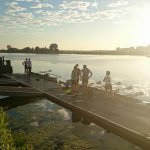 06:00 Start of a beautiful boating trip, Also read The Blog : The Five Tips from Kampen. 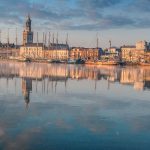 The Waterfront of Kampen 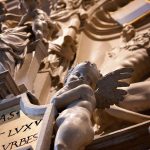 Detail of the Renaissance Mantelpiece of The Magistrate’s Court 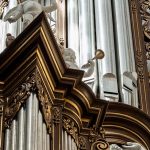 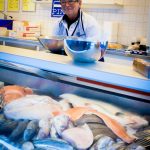 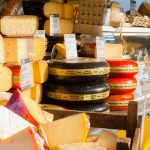 Kampen Market. Every Monday and Saturday. Also read the Blog : The Five Tips from Kampen 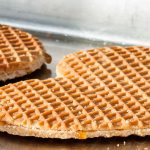 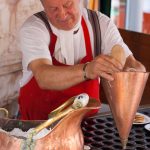 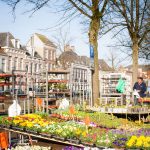 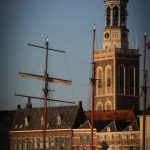 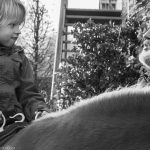 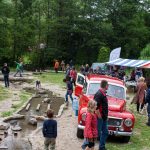 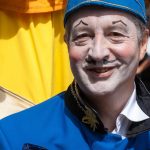 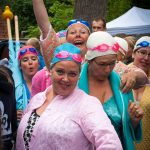 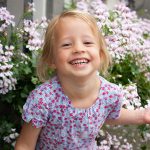 A Warm Welcome in Kampen !